You've indicated that you are not attending this event.
You've successfully registered for this event.
Event Details

TCDA, in partnership with KI Concerts, is excited to announce the 2021 Directors Chorus Tour to Central Europe under the direction of Dr. Sandra Snow and Dr. Jon Reed in the summer of 2021. Participants will meet in Vienna, rehearse, and then engage in a performance tour to include concerts in Vienna, Budapest, and Prague. The chorus will perform the concert program again at the 2021 TCDA Summer Convention. Registration will be first-come, first-serve (no audition required).

Itinerary is subject to change

KIConcerts has purchased the following benefits for you which come into effect once your trip has commenced:

Two upgrade options are offered that extend the provisions already included. Please click this link to view detailed information about additional coverage available for purchase for this trip.

Please note that this coverage must be purchased with your first payment. 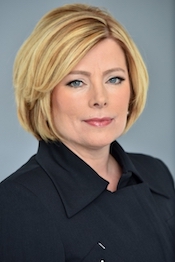 As conductor, pedagogue, and scholar, Sandra Snow is widely acknowledged as one who brings singers of all ages and abilities to artful performance through an understanding of the music and its context in the world around them.  As Professor of Choral Conducting and Music education at the Michigan State University College of Music, the MSU Women’s Chamber Ensemble has appeared as featured performers at American Choral Directors Association conventions at state, regional, and national levels. As guest conductor, she travels extensively in North America and abroad.

In 2017 Snow created mirabai, a project-based professional women’s chorus. mirabai features alumna associated with the MSU Women’s Chamber Ensemble. mirabai was a featured ensemble at the Texas Choral Director’s Association conference in 2018. The inaugural recording, Ecstatic Songs, was released in 2018. mirabai will open the 2020 conference of the Southwest Division of the American Choral Director’s Association.

Snow is the Chair of the MSU Music Education Area and the Artistic Director of the CME Institute for Choral Teacher Education produced annually at MSU. Snow is author of the DVD "Conducting-Teaching: Real World Strategies for Success" published by GIA (2009), a resource for conductor-teachers at all levels of teaching. She edits the choral music series In High Voice published by Boosey & Hawkes.

Snow is a recipient of the Michigan State University William J. Beal Award for Outstanding Faculty, the MSU Teacher-Scholar Award, and the Dortha J. and John D. Withrow award for Excellence in Teaching. 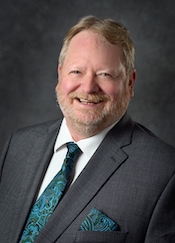 Jonathan Reed is Professor of Music and Associate Director of Choral Activities at Michigan State University School of Music where he conducts the State Singers, the Men’s Glee Club and teaches courses in conducting at both the undergraduate and graduate level.  In 1999, the Associated Students of Michigan State University (ASMSU) presented him with the Outstanding Faculty Award. He is a contributing author to GIA’s The School Choral Program, and is series advisor for Boosey and Hawkes choral series entitled In Low Voice.

Dr. Reed enjoys an active career as a clinician/conductor, conducting festivals and all-state choruses throughout the United States. He has conducted all state choruses throughout the United States, as well as honor choirs for the Northwest, Western, and Southern Divisions of The American Choral Directors Association. His choirs have performed at divisional and national conferences of ACDA. He has presented interest sessions at two national conferences of ACDA (1999, 2005) and at numerous state ACDA conferences. He has also served ACDA as a state newsletter editor, a state president, and divisional and national chair of the Repertoire and Standards committee on Male Chorus.